Kim Kardashian isn’t ready to go down without a fight. The mom-of-two is hitting back after receiving tons of backlash — most notably from the likes of Bette Midler and Chloe Grace Moretz — for posting a selfie featuring full frontal nudity. After clapping back at her haters, Kardshian has taken to her app to pen a lengthy essay about slut-shaming. 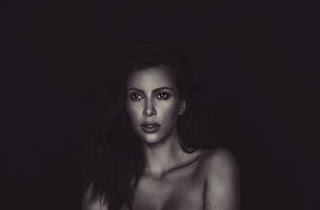 “Hey, guys. I wanted to write a post elaborating on my tweets last night. In all seriousness, I never understand why people get so bothered by what other people choose to do with their lives,” she begins. “I don’t do drugs, I hardly drink, I’ve never committed a crime—and yet I’m a bad role model for being proud of my body?”

“It always seems to come back around to my sex tape. Yes, a sex tape that was made 13 years ago.
13 YEARS AGO. Literally that lonnng ago,” she continues, explaining that she’s already moved on from the scandal. “I lived through the embarrassment and fear, and decided to say who cares, do better, move on. I shouldn’t have to constantly be on the defense, listing off my accomplishments just to prove that I am more than something that happened 13 years ago.” “I am empowered by my body. I am empowered by my sexuality. I am empowered by feeling comfortable in my skin.

I am empowered by showing the world my flaws and not being afraid of what anyone is going to say about me,” pens Kardashian, who’s been known to Photoshop her selfies and only goes out in a bikini on overcast days to avoid having her cellulite seen. “I am empowered by my husband, who is so accepting and supportive and who has given me a newfound confidence in myself. He allows me to be me and loves me unconditionally.” For Kardashian, she plans to pass on her mindset to her children just as other women in her life have done for her.

“I feel so lucky to have grown up surrounded by strong, driven, independent women. The life lessons I’ve learned from my sisters, my mother and my grandmother, I will pass along to my daughter,” she writes. “I want her to be proud of who she is. I want her to be comfortable in her body.” She adds, “It’s 2016. The body-shaming and slut-shaming—it’s like, enough is enough. I will not live my life dictated by the issues you have with my sexuality. You be you and let me be me. I am a mother. I am a wife, a sister, a daughter, an entrepreneur and I am allowed to be sexy.” Meanwhile, Midler and Moretz have since responded to Kardashian’s claims that they’re body-shaming her. Midler in particular defended herself from Kardashian’s accusations that the actress had previously sent her a gift in hopes of becoming her friend.