What should I do if my toddler is vomiting?

Throwing up is usually no cause for alarm. But in some cases it can signal a serious health problem. Here's how to tell when your toddler's vomiting needs immediate medical attention — and how to deal with vomiting that doesn't need a doctor's care.

Call for emergency immediately if:

-Your toddler's having trouble breathing.
-He shows signs of severe dehydration, like sunken eyes, cold, splotchy hands and feet, excessive sleepiness, fussiness, or lightheadedness, dizziness, or delirium.
-He has severe abdominal pain. Your toddler can't explain exactly where he hurts, but you know him best and can probably tell when he's in considerable pain. He could have a blockage in his bowel or some other problem that needs immediate attention.
-The vomit contains bile (a green substance) or blood that resembles dark coffee grounds. The doctor will probably want to see a sample of the vomit if it contains blood or bile, so as distasteful as it is, you should try to save some in a plastic baggie. Green bile can indicate that the intestines are blocked, a condition that needs immediate attention.
-He has a swollen, tender abdomen. This could indicate a buildup of fluid or gas, a blocked intestine, a hernia, or some other digestive tract problem. Blockages are uncommon but serious.
-He vomits more than once after suffering a head injury, which may indicate a concussion.
-He's vomiting and very irritable or lethargic. He may have a stiff neck, a hallmark sign of meningitis.

Call your toddler's doctor if:

-Your child has been vomiting for more than 24 hours. For some illnesses, this is perfectly normal, but check with the doctor to be sure.
-He shows signs of becoming dehydrated, including decreased urination (more than six to eight hours without a wet diaper), dry lips and mouth, crying without tears, lethargy, and dark yellow urine.
-The vomit contains blood. A little blood in the vomit is usually nothing to worry about, as the force of vomiting can cause tiny tears in the blood vessels lining the esophagus. Your toddler's vomit may also be tinged with red if he's swallowed blood from a cut in his mouth or a nosebleed within the last six hours. But call the doctor if he continues to have blood in his vomit or the amount increases. As mentioned above, if the blood resembles dark coffee grounds, go to the emergency room right away.
-He shows signs of fatigue and jaundice (a yellowing of the skin or whites of the eyes). Jaundice accompanied by pain in the upper right side of the abdomen may signal hepatitis.
-You suspect your toddler has swallowed something toxic. If you can identify what he's swallowed — for example, you find an empty medicine bottle — tell the medical experts what it is, and they'll give you exact instructions for taking care of your child.

If you have ipecac in your home, pediatrics recommend that you dispose of it immediately and safely. (Never throw away any medications in a garbage can that your toddler can get into.)

How can I keep my toddler from getting dehydrated?

Dehydration can be a serious problem for young children, and if your toddler is vomiting (or has a fever or diarrhea), he's losing precious fluids.

One way to keep your toddler hydrated when he's been vomiting is to give him an electrolyte solution as soon as he's able to keep liquids down. (Such solutions are sold over the counter in most drugstores — ask your pharmacist.)

Don't force your toddler to drink the electrolyte solution when he's still actively vomiting (every five or ten minutes). But after his tummy's been calm for half an hour or so, offer him slow, frequent sips — say 1 teaspoon (5 cc) every ten minutes for a couple of hours. Then — if he tolerates that well — increase the amount to 2 teaspoons (10 cc) every five minutes. Continue to progress slowly until the vomiting eases up.

These electrolyte solutions are very mild and easy on the stomach, but if your toddler won't take them, try giving him clear liquids such as water or broth. Juices sometimes make matters worse (especially if your child also has diarrhea), but if juice is the only liquid your child will drink, don't increase the amount he normally drinks in a day, but dilute it half and half with water. (So if he usually drinks 3 or 4 ounces of juice in a day, you might dilute this to 6 or 8 ounces of liquid.) He might also enjoy ice pops or slushies made from electrolyte solutions or diluted juices. Don't give him carbonated drinks, though, as they're terrible for his teeth and won't help settle his stomach.

Don't give your toddler any prescription or over-the-counter anti-nausea medication unless his doctor recommends it.

And never give medications containing aspirin to a child. Aspirin can make children susceptible to Reye's syndrome, a rare but potentially fatal illness.

Are there any safe home remedies?

If your little one will drink it, you can brew up a tummy-friendly tea such as chamomile, peppermint, or ginger. To prevent scalding, serve it warm, not hot.

When can my toddler eat solids again?

Once your toddler's vomiting diminishes or stops and his appetite returns, you can slowly reintroduce other fluids (including milk) as well as healthful foods. Pediatrics recommend that a child recovering from stomach troubles resume a normal diet as soon as possible: Offer whatever solid foods your child normally eats, including complex carbohydrates (like breads, cereals, and rice), lean meats, yogurt, fruits, and vegetables, but steer clear of fatty foods.

This differs from the BRAT diet (bananas, rice, applesauce, and toast) that doctors used to prescribe. Studies show that reintroducing a standard diet can actually shorten recovery time by half a day because it restores essential nutrients the body needs to fight infection. If your toddler misses a few days' worth of good nutrition because his bug kills his appetite, don't worry. Just make sure you keep him hydrated.

By the way, doctors vary on how they feel about milk consumption after vomiting; you might want to discuss this with your toddler's doctor.
Why is my toddler vomiting?

Children vomit for a number of reasons. And while it's always disconcerting for you and scary for your toddler — it may even make him cry — vomiting usually isn't serious. (For guidance on when to see a doctor, see the first section of this article.) You'll want to find out what's causing it, though, both to confirm that he's okay and to make him more comfortable. If your child vomits once and that's the end of it, maybe he just ate too much at his last meal. If he continues to vomit, possible causes include:

Viral or bacterial infection
A stomach flu or other intestinal illness is the most likely culprit. If a virus or bacteria have infected your toddler's stomach lining or intestines, he may also have diarrhea, loss of appetite, abdominal pain, and fever. The vomiting usually stops within 12 to 24 hours.

Other infections:
Congestion or a respiratory infection, such as a cold, can also lead to vomiting, especially while your toddler's coughing. A urinary tract infection and even an ear infection can sometimes cause nausea and vomiting. Throwing up can also be a symptom of serious illnesses like pneumonia, meningitis, appendicitis, and, in rare cases, Reye's syndrome.
Motion sickness:
Some children tend to get motion sickness, which can be a problem if your daily routine includes a car trip. Experts believe that motion sickness happens when there's a disconnect between what your toddler sees and what he senses with the motion-sensitive parts of his body, such as his inner ears and some nerves.

Poisonous substance
Your toddler could be vomiting if he's swallowed something toxic, like a drug, plant, medicine, or chemical. Or he may have gotten food poisoning from contaminated food or water.

Excessive crying
A prolonged bout of crying or coughing can trigger the gag reflex and make your toddler throw up. Although it's troubling for both of you, throwing up during a crying spell won't physically harm your toddler. If he appears otherwise healthy, there's no reason to be concerned.
Can I do anything to prevent vomiting?

Yes, several strategies are worth trying:

To help minimize motion sickness, schedule plenty of stops during your trips to give your toddler a chance to get some fresh air and calm his tummy. Give him a small snack before the trip — having something in his stomach will help. And offer plenty of fluids to keep him hydrated; otherwise he may get headachy or even dizzy or weak, which will only make him more miserable.

You can give your child certain medications for motion sickness, but you'll want to know how they affect him before starting out on a trip. These medicines may cause drowsiness or dry mouth and nose (keep those fluids handy), but sometimes they have the opposite effect and cause irritability and hyperactivity. If you want to give one a try, ask your toddler's doctor for advice. Motion sickness patches are not for use on children under age 12, so don't cut one in half to deliver a smaller dose to your toddler 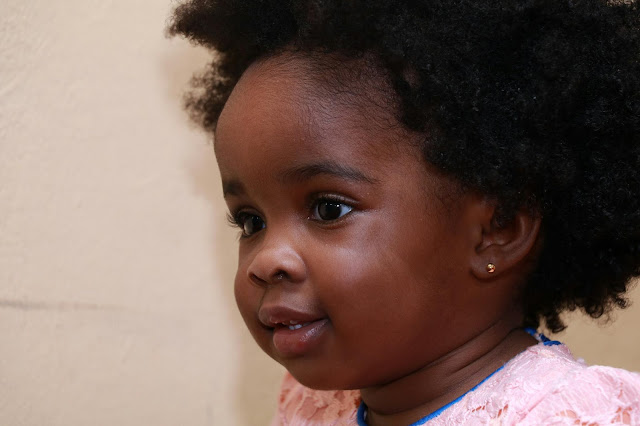