Psoriasis is an inflammatory skin condition that shows up in several forms. The two that appear most in children are:

This is the most common type. If your baby has a raised, red lesion covered with a flaky, silvery-white scale, he may have it. Plaque can show up anywhere, although it most often appears on the elbows, knees, scalp, and lower back.

This type of psoriasis is more common in children than in adults. It isn't as scaly or thick as plaque. Instead it appears as small, dot-like lesions, usually on the trunk and limbs.

Psoriasis isn't very common in babies. More likely possibilities at this age include a bad case of seborrheic dermatitisor cradle cap (if it's on your baby's scalp) or a bad diaper rash, if it's in his genital area

Ringworm can also produce red skin with a flaky scale. Eczema, which can be difficult to distinguish from psoriasis, is another possibility. Check with your baby's doctor for a diagnosis.

Most skin cells grow and shed every 28 to 30 days. If your baby has psoriasis, the skin cells in the affected area are maturing every three to four days instead. Those raised, scaly lesions are actually a buildup of skin. The redness is from extra blood being pumped to the area.

Nobody knows why the body decides to generate skin cells so rapidly, but the change is thought to be triggered by the immune system. There's a genetic factor, too — about a third of those with psoriasis have at least one family member with the condition. A child can develop psoriasis without a family history, though.

Childhood bouts of guttate psoriasis are sometimes triggered by an illness, like a cold or tonsillitis. Skin injuries — from scratching or rubbing, for example — and stress may make matters worse. (You may want to put little mittens or socks on your baby's hands if you see that he's scratching, especially during sleep.)

You can get psoriasis at any age, but it shows up most often between the ages of 15 and 35. One in ten psoriasis patients develops the condition during childhood, and 75 percent of patients show symptoms before the age of 40. The earlier psoriasis shows up, the more likely it is to recur and to be widespread.

It's uncomfortable and sometimes even painful. It can be itchy, and if it's bad enough, it can cause the skin to crack and bleed.

How can I tell whether it's psoriasis or eczema?

Psoriasis generally looks worse than eczema — it's more red and scaly, while eczema is generally pink and less scaly, although rougher in texture. Your baby's doctor can help you sort it out by examining your baby's skin and perhaps taking a small skin sample for examination under a microscope.

No. Psoriasis is a reaction of the immune system and not caused by a virus or bacteria, so it's not contagious. It doesn't even spread on your child's skin.

How can I treat this skin condition?

Start with a visit to your baby's doctor to discuss the best course of treatment. Because psoriasis is uncommon in babies and can look similar to other rashes, she'll want to confirm that the rash you're seeing is actually psoriasis. If it's especially severe or persistent, she may refer you to a dermatologist.

There are many different options for treating psoriasis, depending on the type of psoriasis, the location of the rash, and how severe it is. If it's fairly mild, the doctor can prescribe a topical medication that's safe and effective. And simple remedies — like adding oil to bathwater or using a good moisturizer on the skin can also help.

If your baby's psoriasis is more severe, it may need to be treated with light therapy or even oral medication. If itching is a problem, the doctor may also prescribe antihistamines, and if it looks like there's a bacterial infection (from scratching the rash, for example), she'll prescribe oral antibiotics.

Will my child always have psoriasis?

Psoriasis tends to be chronic and cyclical, flaring up and settling down, and even going into remission from time to time and then reappearing. In other words, the condition is unpredictable — there's no way to know when an outbreak will hit, how long it will last, or whether the condition might be gone for good. With help from a dermatologist, though, you can help your child through it. 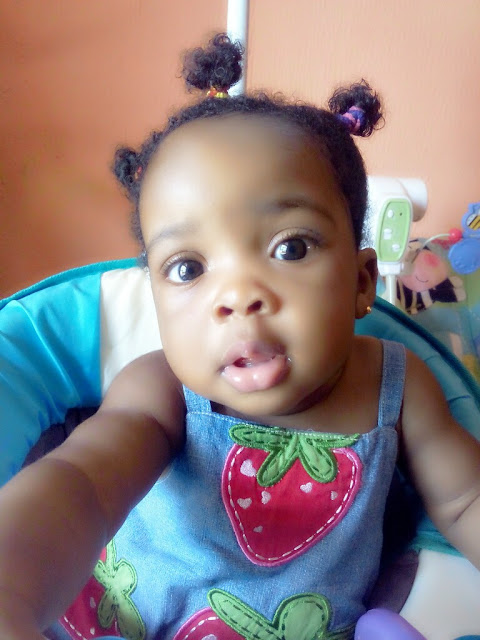