ALCOHOL: A DANGEROUS POISON FOR CHILDREN!

Alcohol can be a dangerous poison for children/babies. Alcohol depresses the central nervous system and causes low blood glucose (sugar). Children who drink alcohol can have seizures and coma; they could even die. This is true of beverage alcohol (beer, wine, liquor) and alcohol found in mouthwash and other personal care products.

Why is alcohol so dangerous for children?

A four-year-old was found unconscious in bed, with an open bottle of rum beside her. She was taken to the emergency room right away. Even so, she died a few hours later.  What happened?

Alcohol affects the central nervous system. Children who drink alcohol can act drunk, just like adults do. They might stagger when they walk, speak without making sense, or seem sleepy. They might vomit because alcohol can irritate the stomach. Breathing and heart rate might slow down to a dangerous level. Blood pressure drops. These children can pass out and even die.

Too much alcohol is bad for anyone. But for young children, it causes problems that most people don't expect. This is true for alcohol from any source, but the most likely source is beverage alcohol. That means ethanol, found in beer, wine, hard liquor, and other alcoholic drinks.

The amount of alcohol poisonous to children varies. Different beverages contain different amounts of alcohol. A child's age and weight make a difference, too. Alcohol is absorbed quickly from the stomach into the bloodstream. The bottom line: small amounts of alcohol can harm children, much smaller than the amounts that adults can tolerate.

Ethanol is found in products other than beverage alcohol, including mouthwash, some facial cleansers, hair products, and hand sanitizer. Again, the amount that is poisonous to children varies. But no matter the source, the problems are the same: too much alcohol compared to a child’s body weight can cause poisoning.

-Lock up your alcoholic beverages.
-Empty out beer cans, wine glasses, and drinks glasses before children can get to them.
-Store your mouthwash and alcohol-containing cosmetics and cleansers out of sight and reach.

If a child swallows alcohol, remove the container and rush him/her to the hospital immediately to get checked by the doctor. 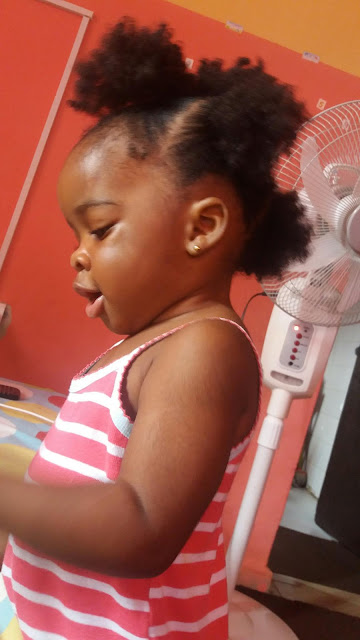 Ooooooh dear! Thanks hun for dis wonderful piece..thank U!😘😘😘😘😘