You've probably had mornings where you've sworn your baby got bigger overnight, and you'd be right. "Growth hormone is primarily secreted during deep sleep," Mother Nature seems to have protected babies by making sure they spend about 50 percent of their time in this deep sleep, considered to be essential for adequate growth. Researchers, studying children with deficient levels of growth hormone, have found that they sleep less deeply than average children do.

Experts are learning more about how sleep protects kids from vascular damage due to circulating stress hormones and arterial wall -- damaging cholesterol. "Children with sleep disorders have excessive brain arousal during sleep, which can trigger the fight-or-flight response hundreds of times each night," "Their blood glucose and cortisol remain elevated at night. Both are linked to higher levels of diabetes, obesity, and even heart disease."

There's increasing evidence that getting too little sleep causes kids to become overweight, starting in infancy. One study has shown that when parents are coached on the difference between hunger and other distress cues and begin to soothe without feeding -- using such techniques as swaddling and swinging -- babies are more likely to be sound sleepers, and less likely to be overweight. Better yet? This coaching can begin when babies are 2 weeks old. The study followed the babies for a full year, and found that when parents used these techniques, it paid off.

That's key, because the sleep-weight connection seems to snowball. When we've eaten enough to be satisfied, our fat cells create the hormone leptin, which signals us to stop eating. Sleep deprivation may impact this hormone, so kids keep right on eating. "Over time, kids who don't get enough sleep are more likely to be obese,"

Worn-out kids also eat differently than those who are well rested. "Research has shown that children, like adults, crave higher-fat or higher-carb foods when they're tired,""Tired children also tend to be more sedentary, so they burn fewer calories."

During sleep, children (and adults) also produce proteins known as cytokines, which the body relies on to fight infection, illness, and stress. (Besides battling illness, they also make us sleepy, which explains why having the flu or a cold feels so exhausting. It forces us to rest, which further aids the body's ability to heal.) Too little sleep appears to impact the number of cytokines on hand. And it's been found that adults who sleep fewer than seven hours per night are almost three times more likely to develop a cold when exposed to that virus than those who sleep eight or more hours. While there's little data on young children, studies of teens have found that reported bouts of illness declined with longer nightly sleep.

Kids are clumsier and more impulsive when they don't get enough sleep, setting them up for accidents. One study of Chinese children found those who were short sleepers (i.e., fewer than nine hours per night for school-age children) were far more likely to have injuries that demanded medical attention. And 91 percent of kids who had two or more injuries in a 12-month period got fewer than nine hours of sleep per night.

Children who consistently sleep fewer than ten hours a night before age 3 are three times more likely to have hyperactivity and impulsivity problems by age 6. "But the symptoms of sleep-deprivation and ADHD, including impulsivity and distractibility, mirror each other almost exactly," explains Dr. Owens. In other words, tired kids can be impulsive and distracted even though they don't have ADHD. No one knows how many kids are misdiagnosed with the condition, but ruling out sleep issues is an important part of the diagnosis, she says. For school-age kids, research has shown that adding as little as 27 minutes of extra sleep per night makes it easier for them to manage their moods and impulses so they can focus on schoolwork. Kids with ADHD also seem to be more vulnerable to the effects of too little sleep. Parents are almost three times as likely to report that their child with ADHD has a hard time falling and/or staying asleep than parents whose kids don't have ADHD, says Dr. Owens.

A baby may look peaceful when he's sleeping, but his brain is busy all night long. Researchers  have shown that newborns actually learn in their sleep: Investigators played certain sounds for sleeping newborns, followed with a gentle puff of air on their eyelids. Within 20 minutes, the sleeping babies -- who were between 1 and 2 days old -- had already learned to anticipate the air puff by squinting. And as for that twitching all babies do as they snooze? It seems to be how their nervous system tests the connection between the brain and muscles.

Sleep aids learning in kids of all ages, and education experts are finding that naps have a particular magic.

Making sure families get enough sleep isn't easy, especially with parents working longer hours, more elaborate after-school activities, bedrooms full of cool electronics, and the pressure to pack more into every day. "We've done a good job of teaching parents about why kids need to exercise and eat healthy foods," says a Dr.. "Still, the simple fact is that kids sleep less today than they used to. And unless we make an effort to get that sleep time back, their health will suffer." 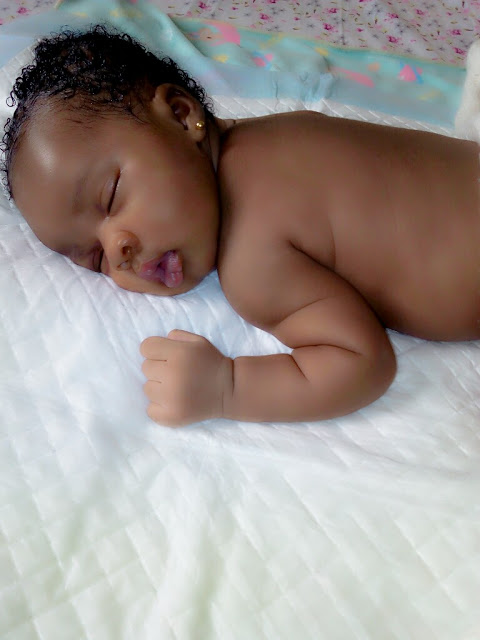