CHILDHOOD DISEASES AND THEIR VACCINES!

Which diseases will your baby be immunised against?
Your baby will be immunised against the most common infectious diseases.
The vaccines are offered routinely to every baby as part of the preschool immunisation programme, and protect against:
-diphtheria
-flu
-haemophilus influenzae type b (Hib)
-measles
-meningitis B (for babies born on or after 1 July 2015)

Two other vaccines, the BCG (which protects against tuberculosis) and hepatitis B, are also offered to babies considered at high risk of catching these diseases.
Which vaccines do what?
DTaP/IPV/Hib
This vaccine protects your baby against:
Diphtheria. This is a bacterial infection of the chest and throat. It spreads when someone with diphtheria sneezes or coughs. Symptoms include a sore throat, high temperature and breathing difficulties. A severe case can cause damage to the heart and nervous system, or even death.
Tetanus. Sometimes called lockjaw, tetanus can cause painful muscle spasms and stiffness. The disease can be fatal. The bacteria that causes tetanus is found in soil and animal manure, and it can enter the body through a cut or wound. Tetanus can also be caught through animal bites.
Whooping cough (pertussis). This is highly infectious. It’s spread through coughing and sneezing. It's like a cold at first, but the coughing spasms, with the distinctive "whoop", become more severe. Babies and young children are most at risk of developing complications, such as pneumonia,vomiting, dehydration, weight loss and, rarely, brain damage and death.
Polio. This is a virus that attacks nerve tissue in the brain and spinal cord. It can cause paralysis. It’s now rare in the UK. You can catch it if you come into contact with the poo, mucus or saliva of an infected person.
Haemophilus influenzae type B (Hib). This is a bacterial infection of the throat, chest and ear that can lead to more serious infections, such as meningitis, pneumonia or blockages of the throat (epiglottitis).
The DTaP/IPV/Hib vaccine will be offered when your baby is:
8 weeks
12 weeks
16 weeks
A preschool booster will also be given when your child is four or five, and again when he’s a teenager, between the ages of 13 and 18.
PCV
PCV stands for pneumococcal conjugate vaccine. It protects your baby against:
Pneumococcal bacteria. These bacteria can cause serious illnesses such as meningitis, blood poisoning (septicaemia) and pneumonia. One in 10 cases of meningitis is caused by the pneumococcal bacteria. This form of meningitis is more dangerous than meningitis C, and can often be fatal. It also causes a higher rate of long-term health problems in children who survive, such as deafness, epilepsy and learning difficulties.
The PCV will be offered when your baby is:
8 weeks
16 weeks
13 months
MenB
This vaccine protects your baby against:
Meningococcal bacteria. These bacteria cause meningitis and blood poisoning (septicaemia). The bacteria have several strains and this vaccination is against most B strains. Meningitis is a serious illness that can cause long-term damage to the brain and nervous system, and can even be fatal.
If you baby was born on or after 1 July 2015, the MenB vaccine will be offered when he is:
8 weeks
16 weeks
13 months
There is also a temporary catch-up immunisation programme for babies born on or after 1 May 2015.
Your baby is more likely to get a fever from the meningitis B (MenB) vaccine and first booster than other routine immunisations. You can reduce this risk by giving him infant paracetamol suspension shortly after his MenB jab.
MenC
As with Men B, this vaccine also protects your baby against:
Meningococcal bacteria. However, this vaccination is against the C strain.
The MenC vaccine will be offered when your baby is:
12 weeks
Your child will have it again when he's a year in an injection that also contains the Hib vaccine.
Hib/MenC
This vaccine protects against:
Haemophilus influenzae type B (Hib) bacteria.
These bacteria can cause throat, chest and ear infections as well as more serious infections, such as meningitis, pneumonia or blockages of the throat (epiglottitis).
Meningococcal bacteria. See information about the single MenC vaccine, above.
Rotavirus vaccine (Rotarix)
This vaccine protects against:
Rotavirus. A highly-infectious virus that is the most common cause of gastroenteritis in babies. The two most commons symptoms are diarrhoea and vomiting. Rotavirus can lead to a serious bowel infection and dehydration.

The vaccine will be given to your baby by mouth via a dropper, and will be offered at:
8 weeks
12 weeks
The first and second dose must be given at least four weeks apart. If your baby is 15 weeks or older, and has not yet had his first dose, he won't be able to have the rotavirus vaccine.
Flu vaccine (Fluenz)
This vaccine protects against:
Flu. This is caused by an infectious virus, so it can't be treated with antibiotics.Symptoms are similar to a cold, but also include a fever, aching muscles and joints, a dry cough, a runny nose and diarrhoea and vomiting.
The flu vaccine will be given to your child via a nasal spray, and will be offered at:
two years
three years
four years
The nasal spray vaccine is only available to children age two years or older. If the nasal spray is not suitable for your child, he will receive the flu vaccine by injection.
MMR
This vaccine protects against:
Measles. This used to be a common childhood illness before the immunisation was introduced. It’s highly infectious, and spreads when someone with measles sneezes or coughs. It starts like a bad cold. A rash appears after three or four days. Measles can lead to convulsions (seizures or fits), bronchitis,bronchiolitis, ear infections and croup. In rare cases, measles can cause inflammation of the brain (encephalitis).
Mumps. This is a viral illness which causes swelling around the cheeks and neck. It can lead to complications such as meningitis, deafness, inflammation of the brain (encephalitis) and inflammation of the genitals.
Rubella. This viral illness is usually mild, causing a fever, a rash and swollen glands. However, if you catch rubella in the first eight to 10 weeks of your pregnancy you can pass it on to your baby. This is called congenital rubella syndrome, and it can cause babies to be born with deafness, blindness, heart problems or brain damage.
The MMR vaccine will be offered when your baby is 13 months. A preschool booster will also be given when your child is four or five.
Will my child have side-effects after his immunisations?
All medicines, including immunisations, can occasionally cause some mild side-effects. Try not to worry if your baby does have side-effects. They shouldn't last for long.
After your baby has the DTaP/IPV/Hib vaccine, the PCV, and the MenC vaccine, you may notice some side-effects. They usually appear within 24 hours of him having the vaccine.
Your baby may:
-have a mild fever
-have pain,
-swelling or redness at the site of the injection
-feel sick, or
- vomit
-have diarrhoea
-feel a bit off-colour
The MMR vaccine can occasionally cause some mild side-effects six to 10 days after the injection. Your child may:
-have a mild fever
-develop a measles-like rash
-go off his food
-feel a bit off-colour
Don’t worry if your child develops a rash. It doesn't mean he has measles. He’s just having a reaction to the live but weakened virus in the MMR vaccine as his body is building immunity against the disease.
There is chance that all immunisations may cause a fever. If this happens, treat it straight away, but not before the symptoms appear. In the case of the MenB vaccine and first booster, give your baby infant paracetamol suspension shortly after his jabs, even if he show no signs of fever. This is because he is more likely to develop a fever after these immunisations.
Keep a close eye on your child if he develops a high temperature. Occasionally, young children with a high temperature develop convulsions (seizures or fits). These are rare, Your child may be more at risk of having a convulsion if he’s had one before, or if there’s a family history of seizures.
With all immunisations, there is an extremely rare possibility that your child may have a severe allergic reaction, called anaphylaxis. This means your child could develop allergy symptoms within 10 minutes of having the injection. These can include a nettle-like rash, swelling of the skin, lips or face, vomiting, or breathing problems. The chances of this happening really are tiny, only about one in a million.
You'll probably be asked to stay at the clinic for about 10 minutes after your child has had his injections, just to make sure he's fine. But if you're worried at all about any side-effects, mild or otherwise, you could always ask to stay on a little longer. 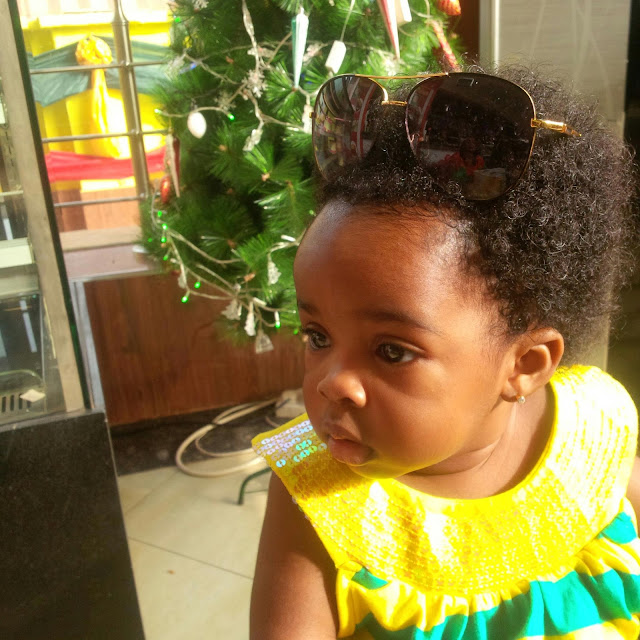