CAFFEINE AND YOUR CHILD!

Guidelines recommend that preschoolers get no more than 45 milligrams of caffeine a day. That's equivalent to the average amount of caffeine found in a single 12-ounce (355-milliliter) can of soda.
How Caffeine Affects Kids
A stimulant that affects kids and adults similarly, caffeine is naturally produced in the leaves and seeds of many plants. Caffeine is also made artificially and added to certain foods. Caffeine is defined as a drug because it stimulates the central nervous system. At lower levels, it can make people feel more alert and energetic.


In both kids and adults, too much caffeine can cause:
-jitteriness and nervousness
-upset stomach
-headaches
-difficulty concentrating
-difficulty sleeping
-increased heart rate
-increased blood pressure
Especially in young kids, it doesn't take a lot of caffeine to produce these effects.
Here are some other reasons to limit kids' caffeine consumption:
-Kids often drink caffeine contained in regular soft drinks. Kids who consume one or more 12-ounce (355-milliliter) sweetened soft drink per day are 60% more likely to be obese.
-Caffeinated beverages often contain empty calories (calories that don't provide any nutrients), and kids who fill up on them don't get the vitamins and minerals they need from healthy sources, putting them at risk for nutritional deficiencies. In particular, kids who drink too much soda (usually starting between the third and eighth grades) may miss getting the calcium they need from milk to build strong bones and teeth.
-Drinking too many sweetened caffeinated drinks could lead to dental cavities (or caries) from the high sugar content and the erosion of tooth enamel from acidity. How can sodas cause that much damage to kids' teeth? Consider this: One 12-ounce (355-milliliter) nondiet, carbonated soft drink contains the equivalent of 10 teaspoons of sugar (49 milliliters), as well as 150 calories.
-Caffeine is a diuretic that causes the body to eliminate water (through urinating), which may contribute to dehydration. Whether the amount of caffeine in beverages is enough to actually cause dehydration is not clear, however. It may depend on whether the person drinking the beverage is used to caffeine and how much caffeine was consumed that day. To be on the safe side, it's wise to avoid excessive caffeine consumption in hot weather, when kids need to replace water lost through sweating.
-Abruptly stopping caffeine may cause withdrawal symptoms (headaches, muscle aches, temporary depression, and irritability), especially for those who are used to consuming a lot of it.
-Caffeine can make heart problems or nervous disorders worse, and some kids might not know that they're at risk.
One thing that caffeine doesn't do is stunt growth. Although scientists once worried that caffeine could hurt growth, this isn't supported by research.
Foods and Beverages With Caffeine
Although kids get most of their caffeine from sodas, it's also found in coffee, tea, chocolate, coffee ice cream or frozen yogurt, as well as pain relievers and other over-the-counter medicines. Some parents may give their kids iced tea in place of soda, thinking that it's a better alternative. But iced tea can contain as much sugar and caffeine as soda.
Here's how some sources of caffeine compare:
Item -Amount of Item   -Amount of Caffeine
Jolt soft drink -12 ounces  -71.2 mg
Mountain Dew -12 ounces    -55.0 mg
Coca-Cola -12 ounces        -34.0 mg
Diet Coke -12 ounces       -45.0 mg
Pepsi -12 ounces      -38.0 mg
7-Up -12 ounces      -0 mg
brewed coffee(drip method)-5 ounces -115mg
iced tea -12 ounces        -70 mg*
dark chocolate -1 ounce       -20 mg*
milk chocolate -1 ounce      -6 mg*
cocoa beverage -5 ounces     -4 mg*
chocolate milk beverage -8 ounces     -5 mg*
cold relief medication -1 tablet     -30 mg*
*average amount of caffeine
What's Caffeine Sensitivity?
Caffeine sensitivity refers to the amount of caffeine that will produce an effect in someone, which varies from person to person. On average, the smaller the person, the less caffeine necessary to produce side effects. However, caffeine sensitivity is most affected by daily caffeine intake.
People who regularly drink beverages containing caffeine soon develop a reduced sensitivity to it. This means they need higher doses of caffeine to achieve the same effects as someone who doesn't drink caffeinated drinks often. So, the more caffeine kids take in, the more caffeine they'll need to feel the same effects.
In addition to being more susceptible to the effects of caffeine based on size, younger kids are more sensitive because they haven't been exposed to it as much as older kids or adults.
Caffeine moves through the body within a few hours and is then passed through the urine (pee). It's not stored in the body, but kids may feel its effects for up to 6 hours if they're sensitive to it.
Cutting Back On Caffeine
Can you keep kids caffeine-free? Absolutely! The best way to cut caffeine (and added sugar) is to eliminate soda. Instead, offer water, milk, or flavored seltzer; you also can serve 100% fruit juice in small amounts. For added convenience, serve water in squeeze bottles that kids can carry around. You can still serve the occasional soda or tea — just make it noncaffeinated. And watch for hidden caffeine by checking the ingredient list on foods and beverages.
If your teen has taken up coffee drinking, one cup a day can easily turn into several (as most adults know), especially if your teen drinks it to stay awake during late-night study sessions.
The best way to reduce coffee caffeine intake is to cut back slowly. Otherwise, kids (and adults) could get headaches and feel achy, depressed, or just downright lousy.
Try substituting noncaffeinated drinks for caffeinated sodas and coffee (water, caffeine-free sodas, and caffeine-free teas). Keep track of how many caffeinated drinks your child has each day, and substitute one drink per week with a caffeine-free alternative until he or she has gotten below the 100-milligram mark.
Someone cutting back on caffeine may feel tired. The best bet is to hit the sack, not the sodas: It's just a body's way of saying that more rest is needed. Don't worry — energy levels will return to normal in a few days.
Feel free to let kids indulge in a sliver of chocolate cake at birthday parties or a cup of tasty hot cocoa on a cold day — these choices don't pack enough caffeine punch to be harmful. As with everything, moderation is the key to keeping your kids' caffeine consumption under control. 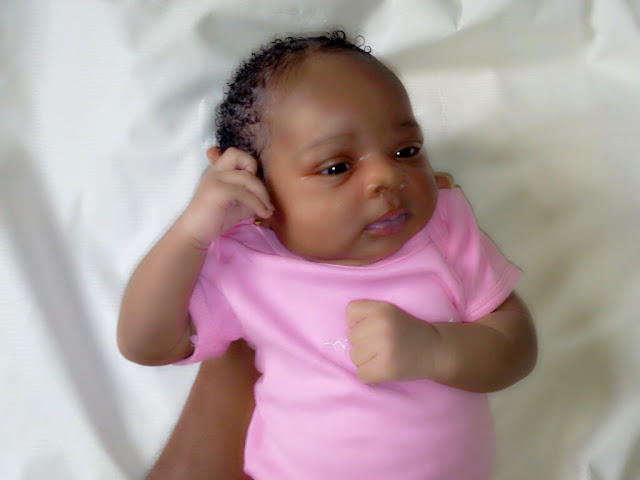