Aging:
Which can reduce sperm counts and motility and decrease the genetic quality of sperm

Sexually transmitted diseases:
Which can cause scarring in the male reproductive system or impair sperm function

Lifestyle factors such as smoking and substance abuse

Long-term or intensive exposure to certain types of chemicals, toxins, or medications
Diagnosis
In addition to a medical history and physical exam, specific tests for male infertility include:
-Semen analysis to evaluate the quantity and quality of sperm
-Blood tests to evaluate hormone levels
-Imaging tests to look for structural problems
-Genetic testing to identify sperm DNA fragmentation, chromosomal defects, or genetic diseases
Treatment
Treatment for male infertility should first address any underlying medical conditions that may be contributing to fertility problems. Drug therapy may be used to treat hormonal disorders.
Surgery may be used to repair varicoceles and correct any obstructions in the reproductive tract.
If fertility issues remain unresolved, intracytoplasmic sperm injection (ICSI) is commonly used in combination with in vitro fertilization (IVF) to achieve pregnancy when male infertility is a factor. ICSI involves injecting a single sperm into an egg obtained through IVF. The fertilized egg is then implanted back into the woman. Pregnancy success rates depend on many different factors.
Introduction
Infertility is the failure of a couple to become pregnant after one year of regular, unprotected intercourse. About a third of infertility problems are due to female infertility, and another third are due to male infertility. In the remaining cases, infertility affects both partners or the cause is unclear.
The male reproductive system creates sperm that is manufactured in the seminiferous tubules within each testicle. The head of the sperm contains the DNA, when combined with the egg's DNA, will create a new individual. The tip of the sperm head is the portion called the acrosome, which enables the sperm to penetrate the egg. The mid-section contains mitochondria, which supply the energy the tail needs to move. The tail moves with whip-like movements back and forth to propel the sperm towards the egg. The sperm have to reach the uterus and the fallopian tube in order to fertilize a woman's egg.
Male fertility depends on the proper function of a complex system of organs and hormones:
The process begins in the area of the brain called the hypothalamus-pituitary axis, a system of glands, hormones, and chemical messengers called neurotransmitters, all of which are critical for reproduction.
The first step in fertility is the production of gonadotropin-releasing hormone (GnRH) in the hypothalamus, which prompts the pituitary gland to manufacture follicle-stimulating hormone (FSH) and luteinizing hormone (LH).
FSH maintains sperm production, and LH stimulates the production of the male hormone testosterone.
Both sperm and testosterone production occurs in the two testicles, or testes, which are contained in the scrotal sac (the scrotum). (This sac develops on the outside of the body because internal body temperature is too high to allow sperm production.)
Male reproductive anatomy
The male reproductive structures include the penis, the scrotum, the seminal vesicles, and the prostate.
Sperm
Sperm are made in hundreds of microscopic tubes, known as seminiferous tubules, which make up most of the testicles.
Surrounding these tubules are clumps of tissue containing Leydig cells, which produce testosterone when stimulated by luteinizing hormone (LH).
Sperm Development. The life cycle of sperm takes about 74 days:
Sperm begin partially embedded in nurturing Sertoli cells, which are located in the lower parts of the seminiferous tubules.
As they mature and move along, they are stored in the upper part of the tubules. Young sperm cells are known as spermatids.
When the sperm has completed the development of its head and tail, it is released from the cell into the epididymis. This C-shaped tube is 1/300 of an inch in diameter and about 20 feet long. It loops back and forth on itself within a space that is only about one and a half inches long. The sperm's journey through the epididymis takes about 3 weeks.
The fluid in which the sperm is transported contains sugar in the form of fructose, which provides energy as the sperm matures. In the early stages of its passage, the sperm cannot swim in a forward direction and can only vibrate its tail weakly. By the time the sperm reaches the end of the epididymis, however, it is mature and looks like a microscopic squirming tadpole.
At maturity, each healthy sperm consists of a head that contains the man's genetic material (his DNA) and a tail that lashes back and forth at great speed to propel the head forward at about four times its own length every second. The ability of a sperm to move forward rapidly and straight is probably the most significant determinant of male fertility.
Ejaculation. When a man experiences sexual excitement, nerves stimulate the muscles in the epididymis to contract, which forces the sperm out through the penis:
After being produced in the testicle, the sperm first pass through the epididymis and then into one of two rigid and wire-like muscular channels, called the vasa deferentia. (A single member of this pair of channels is called a vas deferens.)
Muscle contractions in the vas deferens from sexual activity propel the sperm along past the seminal vesicles. These are clusters of tissue that contribute fluid, called seminal fluid, to the sperm. The vas deferens also collects fluid from the nearby prostate gland. This mixture of various fluids and sperm is the semen.
Each vas deferens then joins together to form the ejaculatory duct. This duct, which now contains the sperm-containing semen, passes down through the urethra. (The urethra is the same channel in the penis through which a man urinates, but during orgasm, muscles close off the bladder so that urine cannot enter the urethra.)
The semen is forced through the urethra during ejaculation, the final stage of orgasm when the sperm is literally shot out of the penis.

Semen. In addition to providing the fluid that transports the sperm, semen also has other benefits:
-It provides a very short-lived alkaline environment to protect sperm from the harsh acidity of the female vagina. (If the sperm do not reach the woman's cervix within several hours, the semen itself becomes toxic to sperm and they die.)
-It contains a gelatin-like substance that prevents it from draining from the vagina too quickly.
-It contains sugar in the form of fructose to provide instant energy for sperm locomotion.
The Path to the Egg. The sperm's passage to the egg is a difficult journey.
Usually about 100 - 300 million sperm are delivered into the ejaculate at any given time. Even under normal conditions only about 15% of these millions of sperm are strong enough to fertilize an egg.
After the stress of ejaculation, only about 400 sperm survive the orgasm to continue the journey.
Out of this number, only about 40 sperm survive the challenges posed by the semen and the environment of the vagina to reach the vicinity of the egg. Normally, the cervical mucus forms an impenetrable barrier to sperm. However, when a woman ovulates (releases her egg, the oocyte), the mucous lining thins to allow sperm penetration.
Sperm that manage to reach the mucus lining in the woman's cervix (the lower part of her uterus) must survive about four more days to reach the woman's fallopian tubes. (Here, the egg is positioned for fertilization for only 12 hours each month.)
The few remaining sperm that penetrate the cervical mucus and are able to reach the fallopian tubes become capacitated.
Capacitation is a one-time explosion of energy that completes the sperm's journey. It boosts the motion of the sperm and triggers the actions of the acrosome, a membrane that covers the head of the sperm and resembles a warhead. The acrosome is dissolved, and enzymes contained within it are released to allow the sperm to drill a hole through the tough outer coating of the egg.
In the end, only one sperm gets through to fertilize the egg.
Causes
More than 90% of male infertility cases are due to low sperm counts, poor sperm quality, or both. The remaining cases of male infertility can be caused by a number of factors including anatomical problems, hormonal imbalances, and genetic defects.
Sperm Abnormalities
Sperm abnormalities can be caused by a range of factors, including congenital birth defects, disease, chemical exposure, and lifestyle habits. In many cases, the causes of sperm abnormalities are unknown.
Sperm abnormalities are categorized by whether they affect sperm count, sperm movement, or sperm shape. They include:
Low Sperm Count (Oligospermia).
A sperm count of less than 20 million/mL is considered low sperm. Azoospermia refers to the complete absence of sperm cells in the ejaculate. Partial obstruction anywhere in the long passages through which sperm pass can reduce sperm counts. Sperm count varies widely over time, and temporary low counts are common. A single test that reports a low count may not be a representative result.

Poor Sperm Motility (Asthenospermia).
Sperm motility is the sperm's ability to move. If movement is slow or not in a straight line, the sperm have difficulty invading the cervical mucus or penetrating the hard outer shell of the egg. If 60% or more of sperm have normal motility, the sperm is at least average in quality. If less than 40% of sperm are able to move in a straight line, the condition is considered abnormal. Sperm that move sluggishly may have genetic or other defects that render them incapable of fertilizing the egg. Poor sperm motility may be associated with DNA fragmentation and may increase the risk for passing on genetic diseases.

Abnormal Sperm Morphology (Teratospermia). Morphology refers to shape and structure. Abnormally shaped sperm cannot fertilize an egg. About 60% of the sperm should be normal in size and shape for adequate fertility. The perfect sperm structure is an oval head and long tail.
Retrograde Ejaculation
Retrograde ejaculation occurs when the muscles of the bladder wall do not function properly during orgasm and sperm are forced backward into the bladder instead of forward out of the urethra. Sperm quality is often impaired.
Retrograde ejaculation can result from several conditions:
-Surgery to the lower part of the bladder or prostate (the most common cause of retrograde ejaculation)
-Diseases such as diabetes and multiple sclerosis
-Spinal cord injury or surgery
-Medications such as alpha blockers used for enlarged prostate glands, tranquilizers, certain antipsychotics, or blood pressure medications may also cause temporary retrograde ejaculation.
-Aging
Structural Abnormalities
Any structural abnormalities that damage or block the testes, tubes, or other reproductive structures can affect fertility:
Cryptorchidism. Cryptorchidism is a condition usually seen in newborn infants in which the testicles fail to descend from the abdomen into the scrotum. Cryptorchidism is associated with mild to severe impairment of sperm production.
Hypospadias. Hypospadias is a birth defect in which the urinary opening is on the underside of the penis. It can prevent sperm from reaching the cervix if not surgically correct.
Blockage in the Tubes that Transport Sperm. Some men are born with a blockage or other problems in the epididymis or ejaculatory ducts, that later affect fertility. Some men lack the vas deferens, the tube that carries sperm from the testicles out through the penis. Low semen levels in ejaculate may be associated with structural abnormalities in the tubes transporting the sperm.
-Hypospadias 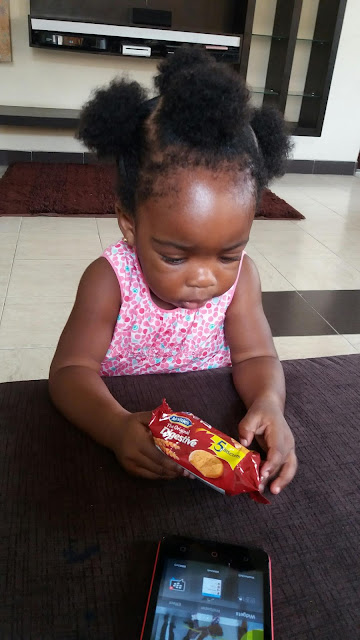