CHANGING YOUR CHILD'S BAD HABITS! -toddler on up

From biting to whining, what you perceive as naughty is usually developmentally appropriate (however obnoxious!). Remembering that will help you have more patience as you teach your child how to behave better. Some common behaviors and how to handle them:
Biting and hitting
Even kids as old as 4 or 5 can have trouble verbally expressing their feelings of anger and frustration. So they lash out, especially when a situation becomes stressful. They could even bite or hit in order to get attention.


To nip it:
-Calmly but firmly make it clear that hurting others is unacceptable: "No biting. Biting hurts. We use words to say we're angry." Tell her to explain to you how she feels.
-Try a time-out. A brief period of isolation can help your child regain control. Afterward, have her apologize to her friend.
-Withhold a privilege, such as TV time, instead of giving her a time-out.
-Pay attention to the situations that provoke her to hit or bite, and then do your best to control the environment as much as possible. For instance, if she's easily overstimulated, keep playdates to under two hours.
Bossiness
What comes across as bossiness is just your child's greater awareness of his feelings and needs, as well as his unsophisticated use of directives. Usually, kids become less demanding once they discover they have to balance their wishes with the desires of others if they expect to have friends.
To tame bossiness:
-Be a role model. Your child will mimic your verbal exchanges, so every time you snap "Put your clothes on now!" you're implying that the tone is acceptable. Make requests rather than give commands: "Could you please wash your hands before dinner?"
-Teach appropriate words to use: "May I use the crayon now?" instead of "Crayon, now."
-Try some give-and-take. When you say it's time to put toys away and your child asks to finish his puzzle, show that you're open to compromise by letting him complete it.
-Compliment him when he speaks politely or shares—this fosters more good manners.
Lying
Young children are just learning to distinguish right from wrong and fantasy from reality. Since kids don't understand that lying is wrong until they're 4, what sounds like a deliberate fabrication may be vivid imagination.
To sidestep any mix-ups:
-Don't set your child up to tell you a lie. Asking "Did you knock over this lamp while you were running?" will only prompt a denial. Instead, state the obvious: "Our new lamp is broken. This is why we have a rule of no running in the house."
-Never call your child a liar. Even if she doesn't understand the implication, she'll grasp the negative connotation. Try to focus on finding solutions and clarifying what's appropriate behavior, not on placing blame.
-Avoid temptations that could cause your child to lie. Don't leave treats such as cookies or candy within reach and then say not to touch them.
-Don't overpunish (withholding dessert for a week) for telling a lie. This will only provoke your child to come up with a more sophisticated lie in an effort to avoid your anger.
-When your child answers honestly about something she's done wrong, praise her for her truthfulness, fix the problem together and reward her by forgoing punishment.
Hateful words
When your child blurts out "I hate you!" he's really saying that he's tired and overwhelmed and doesn't know how to deal with the situation.
How to react:
-Accept his intense feelings. Say, "I know you want to play longer and you're upset that we have to go now."
-Explain as calmly as you can that you understand he hates your decision but that you expect him to say he's angry without being disrespectful.
-Try not to act sad or say how hurt you are, so you're not teaching that using hateful language is an effective way to manipulate you.
-Help him understand that you can be upset with his behavior and still love him: Whenever you discipline, keep your focus on the unacceptable behavior. Never make disparaging remarks, such as "I'm so ashamed of you."
Whining Kids
Learn quickly that a "no" isn't always final, and can sometimes be turned into a "yes" if they just plead long enough. To stop whining:
-Be consistent when you say no, so your child doesn't read it as a "maybe."
-If it's a product your child wants, suggest putting it on a wish list for an upcoming birthday or holiday. Or make a compromise: "No, I can't buy that board game, but you can choose a new video to watch tonight."
Nail biting and other nervous habits
Kids sometimes do things like pull their hair or chew their shirtsleeves to calm themselves when they're nervous. Rarely are these a cause for concern (though talk to your pediatrician if your child is pulling out large clumps of hair or causing physical harm to himself), and most kids outgrow them by age 6.
In the meantime, here are other ways to help him cope:
Find a substitute.
Show him different ways he can make himself feel better, such as taking deep breaths or rubbing a stuffed animal.
Establish Routine
Make transitional times, like going to preschool, as smooth, predictable and fun as possible. Encourage your child to say "good morning" to the sky when he wakes, let him get dressed and eat in the same order each day, and have him wave bye-bye to the house before he leaves. Knowing what's coming will help him feel less anxious.
Give him a guardian.
Offer him a picture of the two of you or a tiny stuffed animal, to help him feel safe when you're not around
Offer cuddles.
Snuggle together, or simply put a hand on his shoulder when he seems nervous. A little TLC can go a long way.
Grant rewards.
Give him stickers for the times he goes habit free. When he collects, say, four, let him trade them in for a treat.
It can be frustrating to try to turn around a child's bad habits. But the earlier you start, the easier it'll be for both of you. Whatever you do, don't try to address all of your child's negative behaviors at once—it's tough for a child to work on more than one or two issues at a time. 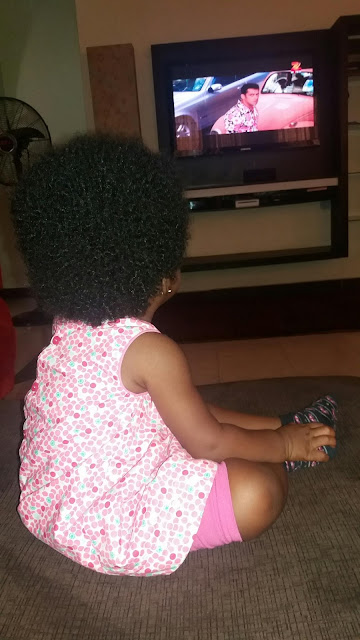