Bad habits are hard to break, but if you're consistent and firm but understanding, you can help your child break them (and even avoid them from the start). Here's what to do.
Starting out right
Whether it's sucking on a pacifier too much, always needing to be rocked to sleep or requiring silence to snooze, babies can easily fall into some bad habits. And while you may get more peace and quiet in the short term, you might later come to regret it when, say, your 3-year-old still needs you to sleep with him until he drops off. Here, how to handle five of the most common bad baby habits:


Rocking your baby until he falls asleep;
Consistently swaying your child until he dozes off means that every time he wakes up later, you're back on duty. And your baby won't learn an important skill: how to soothe himself back to sleep.
Starting in the first month or two, get him in the habit of drifting off on his own by putting him in his crib when you know his tummy's full and he's about due for a nap (usually every two hours or so in the early months). Rocking is okay, but when his eyelids start to flutter, stop and put him down.
If he's prone to dozing off while feeding—whether from a bottle or your breast—rouse him before putting him down. Older babies may protest if they're not used to it, but you can ease him into it by laying him down in his crib when he's tired but still awake, then going in at frequent intervals (every five minutes or so) to comfort him with calming words and a gentle rub.
Using food to soothe ;
Pediatricians agree that you should feed your baby on demand. But too often, moms use breastfeeding or a bottle to soothe a crying baby and foster an eat-for-comfort habit.
Babies older than six months don't need to eat as often as younger ones. If your baby is fussing and you're not sure if he's hungry, strap him in his high chair and give him something healthy, like fruit or crackers and a small amount to drink in a cup. If fuel is what he needs, he'll gobble it up, then clamor to get back out and explore.
Keeping the house too quiet;
There's nothing noisier than the beating, pumping, swishing environment of the womb, so babies don't come into the world expecting quiet. Get them used to a too-silent setting and you set yourself up for trouble trying to maintain it. A newborn's brain shuts down when he's tired and overstimulated, which means he'll sleep virtually anywhere. So stick to your normal routine even when he's in bed: Walk around, flush the toilet, do the laundry.
If you've already fallen into the quiet habit, slowly introduce noise. The hum of a fan, an air conditioner, a dishwasher or even a tape of waves crashing is relaxing and similar to the sound of the womb. Once your baby's used to white noise, you can move on to a TV or stereo on low.
Offering the binky all the time;
Pacifiers can soothe your baby during cranky spells. But use them too often or too long and they're one of the toughest habits to break. Plus, they may cause problems with teeth alignment that could require braces or other dental work later on.
Pacifier addiction can span well into toddlerhood. To break your toddler of the habit, offer a trade: He leaves the pacifiers under the pillow and gets goodies in return! You could also use the pregnancy of a friend or relative as an excuse to ask your child if he'd be nice enough to give his pacifiers away to the new baby.
Regardless of how you do it, the trick is to do it early and completely. A baby's need for sucking decreases by 6 months, and watching for that window of opportunity makes the process easier.
Being too attentive You want to respond to your newborn's needs immediately to foster trust, but by 6 months, your baby should be learning to soothe herself more often. When she's angry or frustrated, give her a few minutes to try to work through her emotions. You can do this as early as 2 or 3 months by putting your infant in a bouncy seat or laying her under a hanging gym or mobile for a few minutes at a stretch. She'll learn how to entertain herself, and you'll get some free time.
And don't jump up to get her as soon as she wakes up from a nap—let her hang out while you finish what you're doing. Nine times out of ten she'll find something else to amuse herself with until you come. 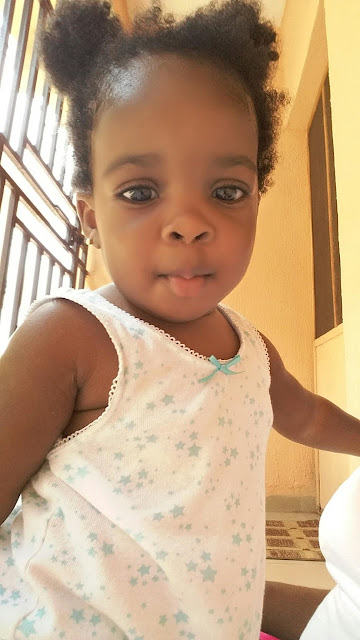