If the woman has no symptoms and the fibroids are not affecting her day-to-day life she may receive no treatment at all. Even women who have heavy periods and whose lives are not badly affected by this symptom may also opt for no treatment. During the menopause symptoms will usually become less apparent, or disappear altogether as the fibroids usually shrink at this stage of a woman's life.


When treatment is necessary it may be in the form of medication or surgery.

GnRHA (gonadotropin released hormone agonist), administered by injection. GnRHAs make the woman's body produce much lower quantities of estrogen, which makes the fibroids shrink. GnRHA stops the woman's menstrual cycle. It is important to remember that GNRHAs are not contraceptives, and they do not affect a woman's fertility when she stops treatment.

GNRHAs are also very helpful for women who have heavy periods and discomfort in their abdomen. GNRHAs may have menopause-like symptoms as their main side-effect, this might include hot flashes (UK: flushes), a tendency to sweat more, and vaginal dryness. Although thinning of the bones (osteoporosis) is also a possible side-effect, it is rare.

GnRHAs may be administered to the patient before surgery in order to shrink the fibroids. GNRHAs are for short-term, not long-term use.

Other drugs may be used to treat fibroids; however, they are less effective for larger fibroids. These include:

Tranexamic acid
These are presented in tablet form and are taken by the patient from the day pre menstrual period starts for up to 4 days. This is done each month. If symptoms do not improve within three months the patient should stop taking this medication. Tranexamic acid helps blood in the uterus clot, which reduces bleeding. A woman's fertility will not be affected by this treatment as soon as it is over.

These medications are taken for a few days during the patient's menstrual period. They may include such drugs as mefanamic and ibuprofen. Anti-inflammatory medications reduce the amount of prostaglandins the body produces. Prostaglandins are hormones which are associated with heavy periods. These drugs are also painkillers. They do not affect a woman's fertility.

The contraceptive pill
These are used to stop menstruation from occurring.

This is a plastic device which is placed inside the uterus. LNH-IUS releases levonorgestrel (progestogen hormone). This hormone stops the lining of the uterus from growing too fast, which effectively reduces bleeding. One of the side-effects of this treatment is irregular bleeding for up to six months, headaches, breast tenderness, and acne. In very rare cases it can stop the woman's periods.

When medications have not worked, the patient may have to undergo surgery. The following surgical procedures may be considered:

Hysterectomy - removing the uterus. This is only ever considered if the fibroids are very large, or if the patient is bleeding too much. Hysterectomies are sometimes considered as an option to stop recurrences of fibroids (stop them coming back). Hysterectomies have two possible side-effects: 1. Reduced libido. 2. Early menopause.

Myomectomy - the fibroids are surgically removed from the wall of the uterus. This option is more popular for women who want to get pregnant (as opposed to a hysterectomy). Women with large fibroids, as well as those whose fibroids are located in particular parts of the uterus may not be able to benefit from this procedure.

UAE (Uterine Artery Embolization) - this treatment stops the fibroid from getting its blood supply. UAE is generally used for women with large fibroids. UAEs effectively shrink the fibroid. A chemical is injected through a catheter into a blood vessel in the leg - it is guided by X-ray scans.

Magnetic-resonance-guided focused ultrasound surgery -" an MRI (magnetic resonance imaging) scan locates the fibroids, and then sound waves are aimed at them. This procedure also shrinks the fibroids.

It is important to stress that in the vast majority of cases fibroids do not result in complications for patients. However, for a tiny minority they do. Complications may include:

Menorrhagia (heavy periods) - the most common complication being a disruption of the woman's ability to function normally when periods are present, and also the possibility of depression because of this. In some cases, menorrhagia can lead to anemia and fatigue.

Abdominal pains - if the patient's fibroids are large she may experience swelling and discomfort in the lower abdomen. She may also have a sensation of being constipated. Some women with large fibroids say their bowel movements are painful.

Premature birth, labor problems, miscarriages - as estrogen levels rise significantly during pregnancy, and as estrogen can speed up fibroid growth, some women may experience early labor, miscarriages or complications during labor.

Infertility - in some cases fibroids can make it more difficult for the fertilized egg to attach itself to the lining of the uterus. A fibroid that grows outside the uterus (submucosal fibroid) may change the uterus' shape, making it harder for the woman to get pregnant.

Leiomyosarcoma - this is extremely rare. This is a form of cancer, and it can develop inside the fibroids. 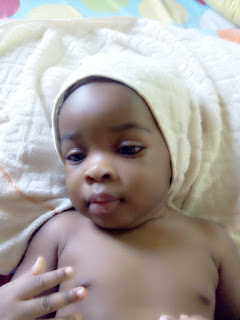