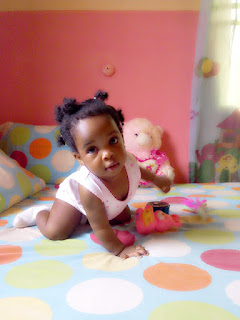 Roseola is a viral infection that usually targets children 6 months to 2 years old. School-age kids can contract the disease, but it's less common among older children, and symptoms are likely to be less severe. Roseola starts with a rapidly rising fever, sometimes accompanied by coldlike symptoms, and ends with a rash that can appear on your child's torso, arms, legs, and face.


Roseola was once referred to as Sixth Disease, when common skin conditions were numbered rather than named. And although it's rarely referred to by number today, it does have some similar symptoms to Fifth Disease. Both illnesses are accompanied by respiratory symptoms and a fever, and once the fever breaks, a rash begins to appear. But the rash from Fifth appears on the face first and resembles a slapped cheek or sunburn. The rash from roseola starts on the torso and has a patchy look. Also, Fifth Disease comes with an itchy rash.

How Does a Child Get Roseola?

Roseola is caused by several viruses; the main one is human herpes virus 6. This is a virus within the herpes family, but it's not associated with a sexually transmitted disease. "Most of the time we don't know where the child got the virus, but we do know it's very contagious, meaning [that the child was] exposed to someone who was also infected," "The virus can be contracted from kids who have respiratory symptoms, and they spread it by coughing and sneezing." Saliva can also help spread the virus, so if a child is exhibiting coldlike symptoms, parents should avoid letting kids share cups and utensils.

If your child contracts the virus, she'll go through an incubation period of about 10 days before exhibiting any signs of being sick. The first sign will be the fever, possibly accompanied by a sore throat, runny nose, or cough. The fever rises quickly and usually tops out pretty high (above 103°F). "Children can be contagious during the incubation period, up until the point that their fever subsides," The fever typically last three to five days, and then the rash shows up. "It can be flat to slightly bumpy, red, and it blanches, or temporarily turns white, when you apply pressure. "We often get parents coming in when their child gets the rash, which is, ironically, when the illness is beginning to resolve." Once the rash appears, your child is probably no longer as contagious and will likely feel better within 24 to 48 hours.

A febrile seizure is a rare complication that can occur with roseola. "Some kids have different thresholds for developing seizures due to fevers, so the rapid rise or fall in their body temperature can induce what we call a febrile seizure,"  The seizure doesn't necessarily harm your child, but parents should seek emergency care to confirm that the seizure isn't an indication of something more serious.

How to Treat Roseola

As with any viral infection, all you can do is treat the symptoms. Acetaminophen and ibuprofen can help with fever reduction. "Also, make sure your child is getting plenty of fluids and is urinating regularly,". If you're concerned about any symptoms that are lasting longer than they typically should or if you're seeing signs of dehydration (including a dry mouth, extreme thirst, decreased urine output, or fewer wet diapers), call your doctor.