Fifth Disease is a viral infection that can bring on coldlike symptoms and a bright-red face-and-body rash in infants, young children, and, occasionally, adults. This disease is just one of a lengthy list of skin conditions that can target young kids. In fact, the name Fifth Disease is a historical term dating back to when common skin conditions were listed by number rather than name. Luckily for parents, this one is usually mild and goes away on its own, and some children may not even show any signs of being sick.

The human parvovirus B19 is the culprit here. It's unclear what causes the virus to appear but it's no mystery how your child catches it. "It's mainly passed from person to person through respiratory secretions, such as saliva and mucus," "Kids cough and sneeze and don't cover their mouths and generally don't wash their hands too thoroughly."

Kids with Fifth disease will most likely spread it when they have fever and coldlike symptoms. "You're most contagious when you have a fever," "A fever is a sign of your body trying to fight something."

Signs and Symptoms of Fifth Disease

Following a potentially lengthy incubation period between 4 and 14 days, the symptoms of Fifth Disease appear and typically stick around for about a couple of weeks. But diagnosis can be initially tricky because the first symptoms--fever, sneezing, coughing, headache--could point to countless other ailments. Several days later, a bright red face rash could appear, making your child look as though her cheeks have been slapped. And it's this rash that distinguishes the illness as Fifth Disease. "Usually, the respiratory symptoms start to fade or completely disappear before this rash shows up. "It could even be up to a week before the 'slapped cheek' appears."

A second rash sometimes follows, appearing on the chest, back, buttocks, arms, or legs. Duration can widely vary, either disappearing within a week or coming and going for several more. "We usually see the cheek rash start to disappear before the body rash begins,". "Or they can be separated from each other completely by a couple of days." The body rash can also look like a sunburn, with bright-red patches, or form a lace-like pattern, especially when the rash is starting to fade. Your child may also have red areas on the arms and legs that turn white when you press on them.

Another symptom associated with this disease is painful or swollen joints, but this is uncommon in children.

How to Treat It

You can treat the fever and any joint pain with over-the-counter (OTC) medications such as acetaminophen (Tylenol) or ibuprofen (Advil or Motrin), but if your child is under 1 year old, be sure to check with your pediatrician about proper dosage. It's best to keep your child home until the fever is gone.

Both the face rash and body rash can itch, so a topical hydrocortisone cream or an antihistamine such as Benadryl can help with the sting and your kid's urge to scratch. By the time the rashes surface, you child is probably past the point of being contagious and can resume play with his friends, if he's feeling up to it.

When to See the Doctor

For the most part, Fifth Disease can be treated at home. The symptoms are generally mild and manageable with rest and OTC medications. But alert your pediatrician if your child shows signs of dehydration or a lack of appetite, or if she is significantly less active than usual,

A note of caution regarding Fifth Disease and pregnancy:

Expectant moms who contract the virus can spread it through their blood; the infection can be quite serious in an unborn baby. If you're pregnant, stay away from any child exhibiting signs of the disease.

How to Prevent It

Remind your kids to keep their distance from coughers and sneezers, and to keep their fingers out of their nose, eyes, and mouth. Teach your children good hand-washing techniques and how to use their elbow to cover a sneeze or cough. Should your child still get the virus and the subsequent illness, the good news is that his body will usually develop antibodies that will protect him from getting Fifth Disease again. 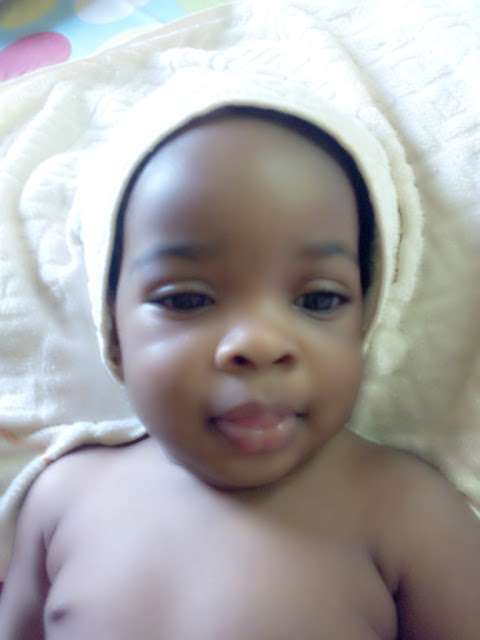