About 1 in 250 infants are born with torticollis. (Ten to 20 percent of babies with torticollis also have hip dysplasia, in which the hip joint is malformed.)
What causes congenital torticollis?
Congenital torticollis is most often due to tightness in the muscle that connects the breastbone and the collarbone to the skull. (It's called the sternocleidomastoid muscle). This is called congenital muscular torticollis. This tightness might have developed because of the way your baby was positioned in the uterus (with the head tilted to one side) or because the muscles were damaged during delivery.
Much less commonly, congenital torticollis is caused by abnormalities in the bones of the neck (the cervical vertebrae). The bones may be abnormally formed, stuck together (fused), or a combination of both. This condition is known as Klippel-Feil syndrome.
It's important to know whether Klippel-Feil is what's causing a baby's neck problem because many babies with this syndrome have other problems, especially with hearing and the kidneys. Also, the stretching exercises recommended for muscular torticollis are not only ineffective but potentially dangerous for a child with Klippel-Feil syndrome.
In rare cases, congenital torticollis may be inherited. Or it may be the result of a more serious underlying condition, such as a brain or spinal cord tumor that damages the nervous system or muscles.
How will I know if my baby has torticollis?
You'll probably notice that your baby holds her head to one side and has limited neck movement. Another telltale sign is a small bump on the side of her neck.
Congenital muscular torticollis is usually diagnosed within the first two months of a baby's life. Even if parents don't spot it, a pediatrician will.
Babies with torticollis may also develop positional plagiocephaly (asymmetrical head shape) because they'll often sleep with their head turned to the side.
In addition to a physical exam, the doctor may need to order X-rays of the neck to determine which form of torticollis your child has. The doctor may also order other tests, such as an ultrasound of the hips or kidneys, depending on the type of torticollis.
How is it treated?
Your child's doctor may refer you to a physical therapist or an orthopedic surgeon (bone and joint doctor).
Congenital muscular torticollis is typically treated with stretching and positioning. You'll need to perform these exercises on your baby several times a day. The moves aren't complicated, but make sure you understand them and are comfortable doing them before you leave the doctor's or physical therapist's office.
If your baby has muscular torticollis, you'll want to provide as many opportunities as possible for her to turn her head to the side that she normally doesn't turn to. If she has trouble turning her head to the right, for example, you could lay her on the changing table so you're standing at her right side. And position her in the crib so she has to look to her right to see anyone approaching her.
It's also important to give your baby plenty of time on her tummy when she's awake, to help develop the muscles in her neck.
How long does it take to see results?
As long as your baby's muscular torticollis is discovered early enough – ideally by the age of 2 or 3 months – and you're following the prescribed stretching program, you'll probably see improvement within weeks. The condition should be fully corrected by age 1.
If, however, the muscles don't return to their normal length and your baby doesn't have a normal range of motion by the time she's 18 months old, your doctor may refer you to an orthopedic surgeon, who may recommend surgery to lengthen the muscles. Surgery is performed in about 15 percent of cases. 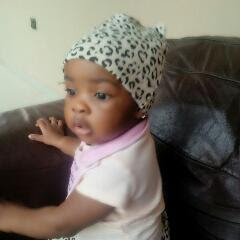 Wow dis is serious & scary! Thanks honey m..idi on point💋💋💋💋