EBOLA VIRUS (EBOLA HAEMORRHAGIC FEVER):
Ebola hemorrhagic fever (Ebola HF) is a severe, often-fatal disease in humans and nonhuman primates (monkeys and chimpanzees) that has appeared sporadically since its initial recognition in 1976.
The disease is caused by infection with Ebola virus,
named after a river in the Democratic Republic of the Congo (formerly Zaire) in Africa, where it was first recognized.

Three of the four species of Ebola virus identified so far have caused disease in humans: Ebola-Zaire, Ebola-Sudan, and Ebola-Ivory Coast. The fourth, Ebola-Reston, has caused disease in nonhuman primates, but not in humans.
The virus is normally maintained in animal hosts that are native to the African continent. The virus is not known to be native to other continents.
A laboratory worker in England became ill as a result of an accidental needle-stick. No case of the disease in humans has ever been reported in the United States.
Infection with Ebola virus in humans is incidental -- humans do not "carry" the virus, but once a human gets infected, he/she can transmit the virus to other humans including through sex.
Ebola is introduced into the human population through close contact with the blood, secretions, organs or other bodily fluids of infected animals. In Africa, infection has been documented through the handling of infected chimpanzees, gorillas, fruit bats, monkeys, forest antelope and porcupines found ill or dead or in the rainforest.
Ebola Virus Disease is a severe acute viral illness often characterized by the sudden onset of fever, intense weakness, muscle pain, headache and sore throat. This is followed by vomiting, diarrhoea, rash, impaired kidney and liver function, and in some cases, both internal and external bleeding. Laboratory findings include low white blood cell and platelet counts and elevated liver enzymes.
Ebola virus infections can be diagnosed definitively in a laboratory through several types of tests such ELISA, RT-PCR, cell culture etc.
No vaccine for Ebola is available. Several vaccines are being tested in the UK and USA, but none are available for clinical use.
Prevention: Routine cleaning and disinfection of pig or monkey farms (with sodium hypochlorite or other detergents) should be effective in inactivating the virus.
NO EFFECTIVE TREATMENT IS AVAILABLE! Na God go save you.
Dr Maduka C Ogwueleka (MRCPUK, FRSM). 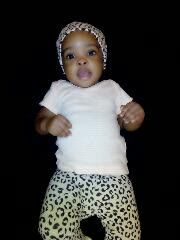