You've probably heard that fish is a major source of omega-3 fatty acids (specifically DHA and EPA), which are important for your baby's brain and eye development. Fish is also low in saturated fat and high in protein, vitamin D, and other nutrients that are crucial for a developing baby and a healthy pregnancy
.

On the other hand, you've probably also heard that some types of fish contain contaminants such as mercury. In high doses, this metal is harmful to a baby's developing brain and nervous system.
Most experts agree that pregnant women should eat some fish. But it can be hard to figure out which ones are safe and how much to eat.
Fish to avoid
Avoid shark, swordfish, king mackerel, and tilefish. The U.S. Food and Drug Administration (FDA) and the EPA say women of childbearing age and young children shouldn't eat these because they contain high levels of mercury.
Some experts recommend that you avoid eating all fresh or frozen tuna, striped bass, bluefish, Chilean sea bass, golden snapper, marlin, orange roughy, amberjack, Crevalle jack, Spanish mackerel and walleye from the Great Lakes.
Fish to eat
Herring, mackerel (Atlantic, jack, chub), rainbow trout (farm raised), salmon (wild or farm raised), sardines, and whitefish are good choices – they're both low in mercury and high in healthy fats.
Tuna is also okay in limited amounts, according to the FDA. The agency recommends that pregnant women eat no more than 12 ounces a week of canned "chunk light" tuna and no more than 6 ounces a week of canned "solid white" or albacore tuna. That's because albacore tuna comes from large fish that tend to contain more mercury.
On the other hand, some advocacy groups recommend that pregnant women and women of childbearing age avoid canned tuna. Here's why: Chunk light tuna is generally considered lower in mercury because it often comes from skipjack, a smaller type of tuna. But sometimes yellowfin tuna, a larger fish, is used for chunk light, so you can't be sure what you're getting unless the label clearly spells out the contents.
Unlike light tuna, white tuna is a good source of omega-3s, and both kinds have plenty of nutritional value. So it's worth adding them to your diet every once in a while, especially if it's the only fish you eat.
What can I eat, other than fish, to get my omega-3s?
Many foods – such as eggs, milk, soy beverages, juice, yogurt, bread, cereal, and margarine – are now fortified with omega-3s. Some don't contain very much DHA or EPA, but small amounts can add up. (Look for products that contain at least 50 milligrams of DHA per serving.)
You may have heard that flaxseed is a good source, but the only omega-3 fatty acid that plant foods contain is ALA, which has not been proven to provide the health benefits of DHA and EPA.
What about fish oil supplements?
To cover your bases, especially if you don't eat fish, you might choose to take an omega-3 supplement. Fish oil supplements provide EPA and DHA and are virtually free of methylmercury. (Supplement manufacturers use fish that are lower on the food chain and may also distill the oil to remove contaminants.)
If you're a vegetarian, you can take algae-derived supplements that use a special fermentation process to provide DHA.
Ask your healthcare provider about the types of supplements available and the amounts that would be suitable for you, based on your diet and other supplements you take. (Some prenatal vitamins contain DHA. 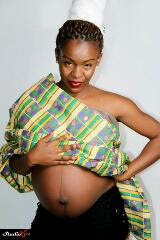