Understanding words, behavior, and concepts
Your newborn can't yet speak your language or fully understand what you're saying to him/her, but he/she is a fast learner. Research shows that babies start listening to their parents' voices while still in the womb
. Once born, your baby begins tuning in to your words and sentence patterns to figure out what you're saying. He/she also uses his/her powers of observation to learn about some of the more complicated things – like love, trust, time, and cause and effect – that exist in his/her physical and emotional world. 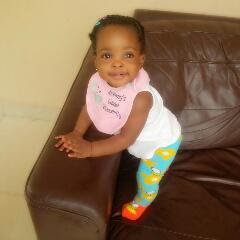