Acetaminophen and ibuprofen are both good medicines, and both provide the same basic relief from fever and pain, even though they have different chemical structures and side effects. Ibuprofen is recommended only for babies 6 months and older
.

Ibuprofen:
Ibuprofen works by limiting the body's production of fatty acids called prostaglandins. In addition to reducing fever, body aches, and pain caused by prostaglandins, ibuprofen reduces inflammation (swelling and redness)
It's slightly more powerful and longer lasting than acetaminophen. Because of this, it can be taken only every six to eight hours and no more than three times in a 24-hour period. In fact, a good pediatrician doesn't recommend ibuprofen for babies under 6 months, because it's harder to tell how ill a child is if his/her temperature and irritability are "masked" for an extended period.
One drawback to ibuprofen, assuming your child is old enough to take it, is that if he/she isn't eating well and he/she takes it regularly, it can irritate his/her stomach. If he/she seems to have a sensitive tummy, you might want to give it to him/her with food or a feeding.
Acetaminophen:
Like ibuprofen, acetaminophen reduces fever, body aches, and pain. Unlike ibuprofen, it doesn't reduce inflammation. Acetaminophen is milder on the digestive tract and causes no stomach problems, so you don't need to give it to your child with food.
In large doses, however, acetaminophen is very toxic to the liver. Doctors recommend giving your child the fewest number of doses needed to keep him/her comfortable – at most, every four to six hours, and no more than five times in a 24-hour period.
If your child is also taking another medicine, avoid a potentially fatal  overdose by making sure that medicine doesn't also contain acetaminophen.
Getting the dose right:
Parents sometimes accidentally overdose their children by using the wrong dispensing device. For example, infant drops should only be given with the dropper that comes with the product – using a spoon makes it too easy to give an overdose. And some forms of the medicine are stronger than others. Infant drops are stronger than "children's elixir," for example.
Whether you give your child acetaminophen or ibuprofen, giving the correct dose (based on weight) at the correct intervals is crucial. This can be trickier than it sounds, so call the doctor if you're unsure. And do ask the doctor before giving it to your child if he/she is younger than 3 months. A baby that young needs to be checked for serious illness. 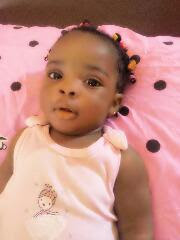