WHAT IS SIDS? HOW CAN YOU DECREASE THE RISK?

SIDS means Sudden Infant Death Syndrome.
Every parent knows about SIDS. It is rare, but probably a parent's worst nightmare. By definition, SIDS has no known cause — and a very small percent of babies do die during sleep in their first year for no apparent reason. The best way to decrease your baby's risk is to always keep him/her in a safe environment, including when he/she is sleeping... which he/she does a lot! These are few steps to follow to decrease SIDS:
Lay baby on his back to sleep
Pediatrics recommend putting
babies to sleep on their backs. Studies show that more babies die when put to sleep on their stomach. We don't totally understand why this is, but it's simply a fact that babies are safer on their backs. Tummy time is fine when babies are awake (and important for exercise and development), but not for unsupervised sleep.

Get a good crib and firm mattress
Make sure your crib complies with the current safety standards and has a firm mattress and well-fitting sheet.
Avoid fluffy bedding – including bumpers
You may think bumper pads are cute, but they are advised against being used at all. While bumpers seem like a way to keep baby safe, studies found that they can suffocate, entrap and even strangle babies during sleep. There's also no evidence that says bumpers prevent injuries. Basically, stay away from anything that your baby could get trapped under when he wiggles around.
Take everything out of the crib
Don't worry about using special pillows and equipment to make your baby comfy — he's just fine flat on his back. Never cover your baby's head with a blanket, avoid loose-fitting PJ's, and keep cuddly toys, blankets, pillows and stuffed animals out of the crib. If you want to use a light blanket to swaddle, that’s fine, but nothing else should be in the crib.
Same room, different bed
While you may want to cuddle with baby at night, this isn’t the best idea. Bed-sharing can expose your baby to additional risks, such as suffocation, asphyxia, entrapment, falls and strangulation, since the situation does not meet sleep safety standards. One study found that 13 percent of the surveyed SIDs victims died while bed-sharing. Another found that though breastfeeding helps reduce baby's SIDS risk, co-sleeping does not. The AAP does recommend room-sharing, where baby sleeps in the same room but on a separate surface. There is evidence that this arrangement decreases the risk of SIDS by as much as 50 percent, since a parent can keep a closer eye on baby. Unless you're a very careful & agile sleeper.
Turn down the temp
Don't let baby get overheated — he's just fine covered with a light blanket or a sleep sack. Studies show that heated bedrooms increase SIDS risk by about 4.5 percent, compared to non-heated rooms. Keep the room between 65 and 70 degrees to keep baby comfortable and safe.
Don’t smoke
Be sure to place the crib somewhere smoke-free. In fact, keeping baby away from smoke in general is a good idea – especially when they're still in the womb. Researchers have found that smoking during pregnancy nearly doubles the chance of SIDS for babies.

Seats are for sitting
SIDS used to be called "crib death," so some parents mistakenly believe that putting their baby to sleep on a bed, couch or bassinet will prevent it. This is a myth — an approved crib is the safest place for a baby.
Even if baby falls asleep in the car seat or stroller, it’s best to transfer them to a crib (yes, even if you’re risking waking them up) if they’ll be asleep for a while.  Because babies have poor head control, sleeping while sitting up might increase the risk of upper airway obstruction and oxygen desaturation.
Reducing your baby's risk of SIDS doesn’t have to cost money — it's just about attention to details. Remember — even though SIDS is rare, when it's your baby, you’ll want to do everything you can to prevent this from happening. Stay kamsified! 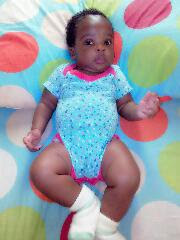 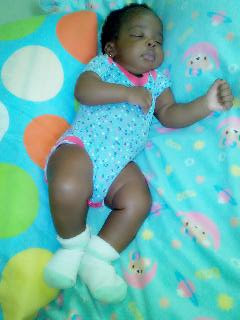 Thank You For This Article.