Children develop at different rates, but most follow a general timeline (though preemies may be off schedule by a few weeks or months). If your child doesn't seem to be meeting milestones within several weeks of the average, ask his/her doctor about it. It may be nothing, but if your child does have a delay, you'll want to catch it early so you can get a diagnosis and begin treatment.
As a general rule, trust your instincts. If something seems odd or wrong to you about the way your baby moves, ask about it. After all, you know your child best. The following are possible warning signs of a problem
.

Newborn to 2 months
after 2 months, your baby doesn't hold his/her head up when you pick him/her up from lying on his/her back, or still feels particularly stiff or floppy after 2 months, overextends his/her back and neck (as if he/she is pushing away from you) when cradled in your arms after 2 or 3 months, stiffens, crosses, or "scissors" his/her legs when you pick him/her up by the trunk.
3 to 6 months
by 3 or 4 months, doesn't grasp or reach for toys by 3 or 4 months, can't support his/her head well by 4 months, isn't bringing objects to his/her mouth by 4 months, doesn't push down with his/her legs when his/her feet are placed on a firm surface after 4 months, still has Moro reflex (when he/she falls backward or is startled, he/she throws out his/her arms and legs, extends his/her neck, and then quickly brings his/her arms back together and begins to cry)after 5 or 6 months, still has the asymmetrical tonic neck reflex (when his/her head turns to one side, his/her arm on that side will straighten, with the opposite arm bent up as if he/she is holding a fencing sword)by 6 months, can't sit with help after 6 months, reaches out with only one hand while keeping the other fisted, doesn't roll over in either direction (back to front or front to back) by 5 or 6 months
7 to 9 months
at 7 months, has poor head control when pulled to a sitting position. at 7 months, is unable to get objects into his mouth. at 7 months, is not reaching for objects. by 7 months, doesn't bear some weight on his/her  legs. by 9 months, can't sit independently.
9 to 12 months
after 10 months, crawls in a lopsided manner, pushing off with one hand and leg while dragging the opposite hand and leg. at 12 months, is not crawling. at 12 months, can't stand with support
13 to 24 months
by 18 months, can't walk after several months of walking, doesn't walk confidently or consistently walks on toes. after his/her second birthday, is growing less than 2 inches per year.
36 months
falls frequently or is unable to use the stairs drools persistently. can't manipulate small objects 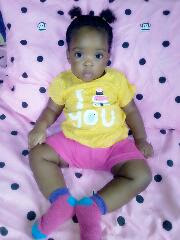 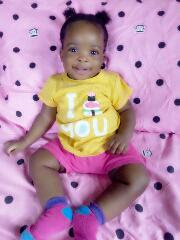