TEMPER TANTRUMS IN YOUR CHILD!

Why your child has temper tantrums
A temper tantrum is the emotional equivalent of a summer storm – sudden and sometimes fierce. One minute you and your child are in a restaurant enjoying your dinner, the next minute she's whimpering, whining, and then screaming at the top of her lungs because her straw is bent. Children between the ages of 1 and 3 are especially prone to tantrums.
Though you may worry that you're raising a tyrant, take heart – at this age, it's unlikely that your child is throwing a fit to be manipulative. More likely, she's having a meltdown in response to frustration
. 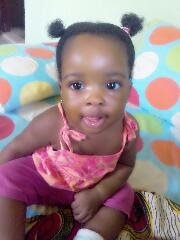