What is an ear infection?

An ear infection – also known as acute otitis media – happens when viruses or bacteria and fluid become trapped behind your baby's eardrum. The resulting infection causes swelling, pain, and usually a fever. Ear infections are very common – more than half of infants will have at least one by their first birthday.

What are the symptoms?

• Tugging persistently at an ear (although sometimes babies do this for no reason at all).

• A sudden change in mood, particularly following a cold. Pressure in the ear can hurt – especially when a baby's lying down – making him or her irritable.

• Ear drainage, which may be yellow, white, or even slightly bloody.

• Diarrhea: Ear infections are often caused by a virus that also affects the digestive system.

How is an ear infection treated?

Surprisingly, ear infections usually go away on their own, given enough time. However, many doctors will prescribe an antibiotic to avoid a worsening ear infection and to give the baby comfort sooner. Your baby's doctor may also recommend infant acetaminophen to relieve the pain and fever.

• Keep your baby away from tobacco smoke, which can weaken the immune system.

• Continue breastfeeding if you're already doing so. Studies show that breastfed babies are less likely to have ear infections.

• Be sure your baby has had all his or her vaccinations, particularly the pneumococcaland flu shots, which have been shown to reduce the incidence of ear infections.

• Minimize your baby's use of a pacifier, since some studies suggest that using one may lead to more ear infections.

• If your baby attends a large daycare center, consider switching to one with fewer children. This will reduce his or her exposure to the cold germs that can trigger ear infections. 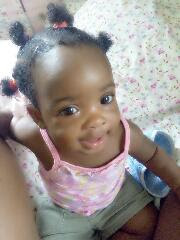 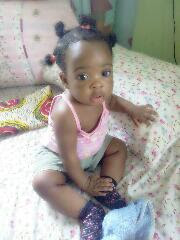 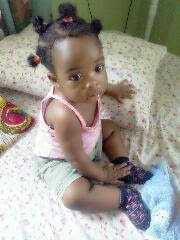 Wow! Didn't know things like this happened to babies.

Wow! Didn't know things like this happened to babies.