What is an allergy?

An allergy is an immune reaction to a substance in the environment called an allergen.

When a child with allergies comes into contact with an allergen – either by touching it, breathing it, eating it, or having it injected – his/her body mistakenly views it as a dangerous invader and releases histamines and other chemicals to fight it off.

These chemicals irritate the body and cause symptoms such as a runny nose, sneezing, itching, and coughing. Symptoms can be mild or more severe, intermittent (seasonal, for example), or ongoing because of constant exposure to the allergen.

In some cases, an allergen can cause a severe reaction, called anaphylactic shock. This is a medical emergency, as the symptoms – including difficulty breathing and swelling – can be life threatening.

What are examples of allergens?

Babies and toddlers are unlikely to have hay fever. Seasonal allergies to things such as pollen and grass usually don't rear their ugly (and stuffy) head until a child is about 3 to 4 years old. That's because the exposure to each type of pollen is for only a few weeks each year.

These are the most likely culprits:

Animal dander: those white, flaky specks made up of skin and hair shed by cats, dogs, and other furry animals.

Mold: Fungi found in wet, damp places such as bathrooms and basements or outdoors in humid climates.

Some children are allergic to down and feather pillows or wool blankets. And while most experts don't think children can be allergic to tobacco smoke, it can certainly make their allergic symptoms worse.

10 signs that your child has allergies, not a cold

Because the symptoms of nasal allergies are much like cold symptoms – runny nose, watery eyes, cough, nasal congestion, sneezing – it can be tough to tell the difference. There are some telltale signs of allergies, though.

Ask yourself the following questions:

-Does it seem like your child always has a cold? Colds usually wind down in a week to 10 days; allergies don't.

-Is your child's nose continually stuffy or running?

-Is your child constantly wiggling, wiping, or pushing his/her nose up in what doctors call the allergic salute?

-Is the mucus that drains from his/her nose clear and thin (as opposed to yellow or greenish and thick)?

-Does he/she seem to sneeze a lot?

-Does the skin under his/her eyes look dark or purple or blue – what doctors call allergic shiners?

-Does he/she breathe through his/her mouth?

-Does he/she have a persistent dry cough?

-Is his/her skin irritated or broken out in an itchy red rash?

If you answered yes to one or more of these questions, there's a good chance your child is allergic to something in her environment. Kids with nasal allergies are also more prone to ear infections, asthma, and sinus infections. 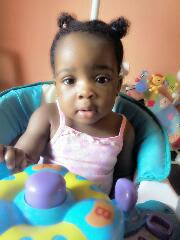 We all have allergies in my family..not really a funny situation especially when u have running nose from January to December or not able to eat what u love to eat..Thanks alot honey m..👍👌👊👏✋Tough!!!!